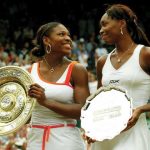 Paris: Denmark’s Caroline Wozniacki ended the year the women’s world number one, but the consensus is that Serena Williams is the best player on earth.

The problem as ever with the American, who will turn 30 next year, is her level of commitment to the sport as she continues to dabble in everything from acting to fashion design to her charity work in Africa.

Williams opened the year with a blast when she won the Australian Open for the fifth time by defeating comeback queen Justine Henin in a tough three-setter final.

She then played just two tournaments before turning up in Paris in May for the French Open where, as top seed, she lost in the quarter-finals to Australia’s Samantha Stosur, who went on to lose to Italy’s Francesca Schiavone in the final.

One again though charges that Williams was past her best were firmly quashed a few weeks later when she swept to her 13th Grand Slam title in imperious style at Wimbledon winning all seven games in straight sets including a lop-sided final against Russia’s Vera Zvonareva.

Oddly, that was the last game she played in 2010 as Williams sliced open the bottom of her foot while stamping on a broken glass in a Munich restaurant just days after her London triumph.

That meant no US Open and no season-ending WTA Championship and she has even pulled out of January’s Australian Open as she continues the healing process.

What the rest of the year will hold in store for the American diva is impossible to discern although she has no doubt that she can win again.

“This decision, though heavy on my heart, is the right one,” Williams said when announcing her withdrawal from Melbourne.

“I am praying for a healthy recovery and I promise my Aussie fans and my fans around the world that I will be back better than ever as soon as I can be.”

In her absence, the ever-popular Kim Clijsters successfully defended the US Open title concluding with a 6-2, 6-1 demolition of Zvonareva which at 59 minutes was the fastest final since timing records were first kept.

Prior to that, the Belgian had continued to push ahead with the thrilling comeback she launched in August 2009, although she came up short in the first three Grand Slams of the year.

There was more success for Clijsters at the WTA Tour Championships in Doha at the end of October where she defeated Wozniacki in the final, although the Dane was already assured of finishing the year top ranked after a win earlier in the tournament.

The 20-year-old Dane is the youngest player to end the year as number one since Martina Hingis in 2000, but she has still to convince everyone that she is worthy of being the top ranking player.

A model of consistency, fitness and regularity, Wozniacki has been panned for being one-dimensional and lacking imagination and she has been compared to Dinara Safina who was world number one for most of 2009 despite also never having won a major.

The big Russian endured a torrid year in 2010 struggling with injuries and lack of confidence to the extent that she has slumped to 63rd in the rankings.

If tennis legend Martina Navratilova is to be believed, the same fate will not befall Wozniacki.

“Wozniacki played great all year but not done that well in the Slams,” she said.

“But she was the best player day in, day out. She needs to win a Slam, she wants to win a Slam and most likely next year she’ll win one.”

Other talking points in women’s tennis as the year ends were whether Henin and Maria Sharapova can once again compete at the top.