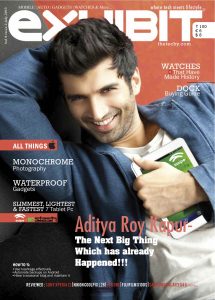 A new twist to the Aditya Roy Kapur-Shraddha Kapoor romance has emerged with Parineeti Chopra appearing on the scene.

Aditya and Parineeti were spotted watching a Hollywood flick recently. Going by the low-profile of their movie date, they appeared to be more than just good friends.

The duo were in no mood to grab the limelight as a source revealed, “They had the entire last row to themselves. It seemed as if Aditya had booked all the other seats to avoid any scrutiny. One wouldn’t have paid much attention to them had Parineeti kept quiet. But she was giggling loud enough for people to notice the couple,” reported Mumbai Mirror.

Aditya’s secret outing with the “Ishaqzaade” actress has surely set tongues wagging given that the young actor is reportedly dating his “Aashiqui 2” co-star Shraddha.