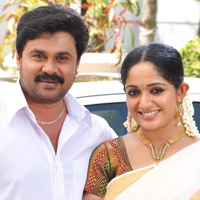 Akku Akbar, the  filmmaker who hit big time with Jayaram’s comeback movie ‘Veruthe Oru Bharya’ will start his new movie with Dileep by this June. This yet to be titled movie will once again feature the popular screen pair Kavya Madhavan and Dileep, once again in the lead roles. G S Anil, who became popular with the television serial ‘Kayamkulam Kochunni’ will script this movie.Biju Menon, Salimkumar, Indrajith and Vijayaraghavan are a also part of the cast of this  movie whose shoot will kick off by the 10th of June.

The last movie from Akku Akbar, ‘Kaanakanmani’ with Jayaram and Padmapriya was not a  big hit though it was expected to become a big commercial success.