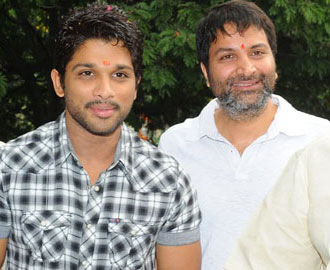 Allu Arjun and director Trivikram Srinivas who delivered a hit with Julayi are teaming up once again for a new movie and the regular shoot will commence from January.

The pre-production works are in progress and meanwhile, Trivikram is giving final touches to the script. Radhakrishna will produce this film. He has earlier produced Julayi. An official announcement along with other details of the cast and crew are yet to be announced by the makers.

For now, Allu Arjun is busy with the shooting schedules of Race Gurram film in Surender Reddy direction gearing up for a release shortly.