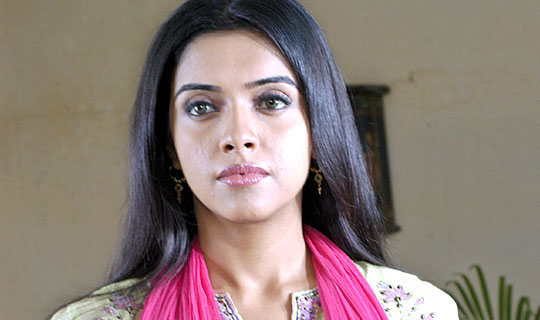 Asin made her successful entry into Bollywood with AR Murugadoss directed Ghajini and now she equals Bollywood glam Kareena Kapoor in 100cr club with her latest released movie ‘Bol Bachchan’ with Ajay Devgan and Abishek Bachchan.

Congratulations to Asin for her fourth film Bol Bachchan that has joined the exclusive Bollywood’s Rs.100crore club. Asin has now shared the top spot with Kareena Kapoor who also has four films at the Rs.100cr club. Happy Asin says, “I am happy I’ve come this far here in Bollywood on my own without any godfathers, grandfathers or millionaire boyfriends.”

Asin has not signed any films in Kollywood so far, after her last outing Kaavalan with Vijay in Tamil film industry in early 2011.