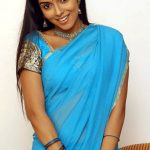 MUMBAI: Asin Thottumkal, who has returned from Bangkok after a shoot, said that the city reminds her of Kerala. The actress said that most of the locations where her upcoming film ‘Ready’ was shot, reminded her of her hometown.

She did some adventurous stuff in Bangkok, too. First she was in the news for eating an insect and then for feeding the tigers in Kanchanaburi.

1 thought on “Asin gets nostalgic about Kerala in Bangkok”