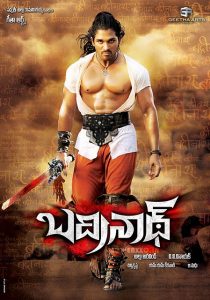 Allu Arjun and Tamannah starrer socio-fantasy flick ‘Badrinath’ audio will be launched at the end of April. The first look of the film is out already. The movie will hit the screens in May.
M M Keeravani is the music director for this high budget film. V V Vinayak is the director. Allu Arjun’s father Allu Aravind is producing this picture on his Geeta Arts banner. Chinni Krishna who penned the script for Allu Arjun’s first film ‘Gangotri’ wrote the story of this film too.
“We wish Telugu audience a happy Ugadi. People think ours is a socio-fantasy film. It is only love and action thriller that is filled with entertainment. This will appeal to mass and family audience. There are high expectations on our film. We will reveal startling facts about Badrinath soon.” V V Vinayak said in a statement.
Prakash Raj is also playing a key role in this mega budget film.