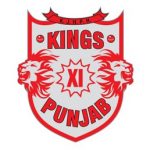 Mumbai: The Board of Control for Cricket in India (BCCI) suffered yet another legal setback for the second consecutive day on Wednesday with a division bench of the Bombay High Court dismissing its appeal against the court’s order staying the termination of Indian Premier League (IPL) franchise Kings XI Punjab.

The bench comprising Justice D Y Chandrachud and Justice Anoop Mohata permitted Kings XI Punjab to continue being part of the tournament following which they can now participate in next month’s player auction for the fourth edition of the Indian Premier League (IPL) tournament.

“It is abundantly clear that BCCI wanted to terminate the contract on the basis of what was factually incorrect. Termination was anything but fair and was wholly arbitrary,” the court said.

Ecstatic after a favourable decision, Bollywood actress and co owner of Kings XI Punjab team Preity Zinta thanked her fans and supporters of the team.

“Well, we are very-very happy for all the judgments. Thank you to our lawyers, most importantly thank you to our fans, to all the supporters of Kings Eleven Punjab, wherever they are across the globe, in India in Punjab, in Himachal. Thank you very-very much for supporting us. We got a pretty good judgment,” said Zinta.

Industrialist Ness Wadia, also a co owner of the Punjab team, said the decision of the divisional bench vindicated their stand.

Reacting to question on Punjab team falling out of favour of BCCI, Wadia said they will continue to support and work the cricket body.

The Bombay High Court had earlier on Tuesday upheld the stay on the termination of Rajasthan Royals made by the BCCI.

The BCCI had on October 10 terminated the Indian Premier League (IPL) franchise agreements of Rajasthan Royals and Kings XI Punjab over ”breaches committed by the franchisees”.

The decision was taken in an IPL Governing Council meeting held in Mumbai.