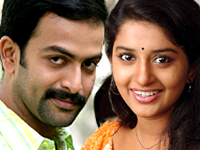 Kozhikode Chief Judicial Magistrate K P John has issues summons to Prithviraj and Meera Jasmine, for allegedly accepting an advance amount for acting in a film, and later having backed out of it.

The court has summoned the actors in connection to a petition filed by Karimbil Films. T

he Managing Partner of Karimbil Films, K A Devarajan has alleged that the stars had accepted an advance amount of Rupees five lakhs each four years back to act in a film, and later had failed to appear for the shoot.

The court has asked both Prithvi and Meera to appear before it on the 16th of May.