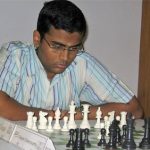 Around 50 players, including 12 Grandmasters and 19 International Masters, will be seen in action in the two-week long tournament, formerly known as National A Chess Championship.

The Championship will be conducted under Swiss System with 13 rounds with a prize fund of four lakh rupees out of which one lakh is reserved for the winner.

The winner will be assured of a place in the next World Cup as World Chess Federation awarded separate zone status to India in the just concluded FIDE Congress, a release from Delhi Chess Association said.