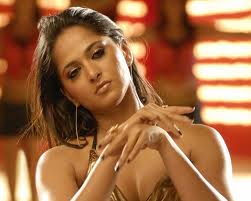 The hot and gorgeous Anushka keeps everyone wooed all the time for her glamorous looks and childlike smile on her face. She has become the heartthrob of millions and billions of youngsters in town. She made her comeback in Kollywood with the film ‘Vettaikaran’ followed by Singam and now is pairing with Silambarasan in the movie Vaanam.

Recently there were rumors that she is going to marry someone in the film industry. Anushka puts an end to such speculations saying that she is in love with a person and he is deeply made in love with her and doesn’t want to reveal that as it will become a big shock to everyone. ‘Right now, I am focusing into films and will marry after couple of years’ signs off Anushka.

The actress was linked with around 5 heroes and that has made her make such official news on her love life and marriage.