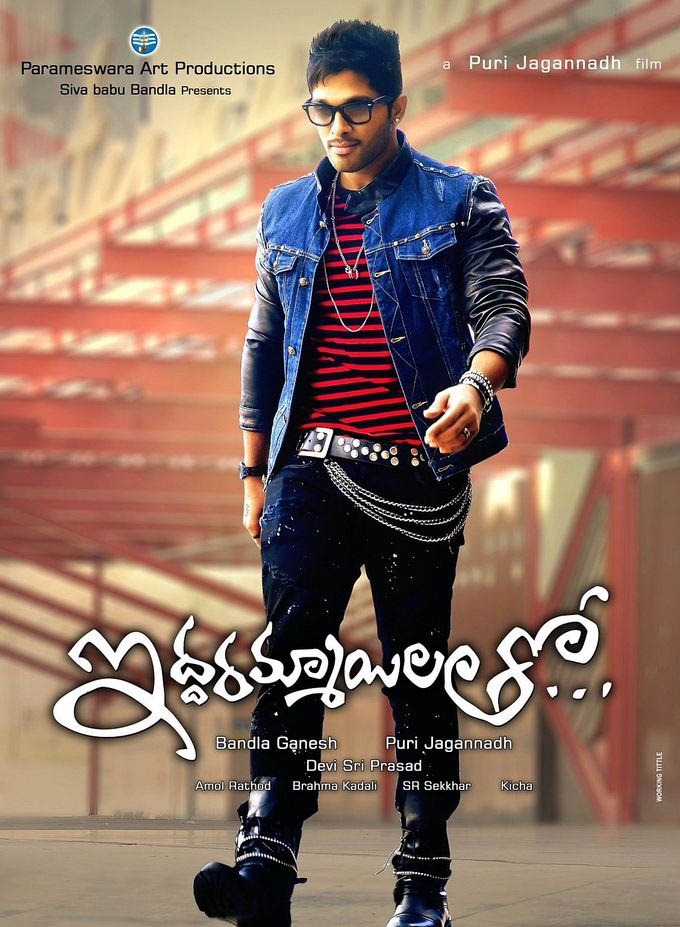 Allu Arjun, Puri Jagannadh combo film Iddarammayilatho will have its first look launched on April 8, on the eve of the actor’s Birthday.

Iddarammayilatho was extensively shot in Spain and the prominent scenes on the lead actors Amala Paul and Catherine Tresa including Allu Arjun were canned in Barcelona schedule. Iddarammayilatho will be wrapped up with a 10 day schedule to be shot in Hyderabad.

Ganesh Babu is producing Iddarammayilatho movie on Parameswara Arts production banner. Amol Rathod is the director of photography and Devi Sri Prasad composed tunes will be launched in April while the film will hit the big-screens on May 10.