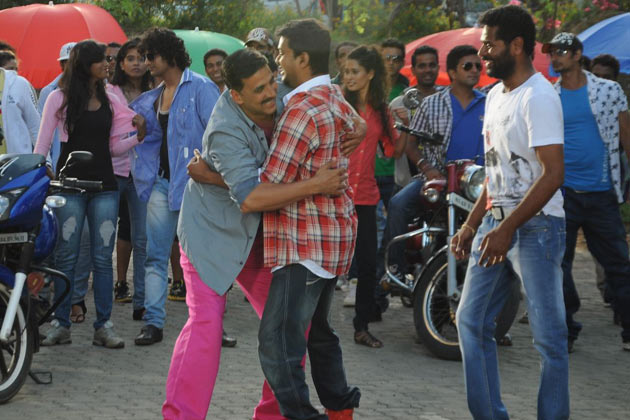 Ilayathalapathy Vijay from K-town and Akshay Kumar of B-town have a good rapport with one another. Owing to this, Vijay performed a cameo dance in Akshay’s ‘Rowdy Rathore’. Now, he is going to do a similar performance in Akshay’s upcoming ‘Pistol’, which the remake of Tamil ‘Thuppakki’. However, there is no official confirmation yet. It is worth mentioning that cinematographer Santhosh Sivan and director AR Murugadoss made a cameo appearance in ‘Thuppakki’, in the song ‘Google Google’. In ‘Pistol’, Sonakshi Sinha will be sharing the screen with Akshay. The film has already started shooting, under ARM’s directives.