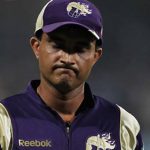 Mumbai: Stalwarts Anil Kumble, Rahul Dravid and Sourav Ganguly, as well as in-form opener Gautam Gambhir, were not retained by their franchises for 2011 and 2012 IPL seasons and will go into the players’ auction pool to be bought by interested teams.

Kumble, who led Royal Challengers Bangalore in the last two seasons of the T20 League, and Dravid have been set free for the January 8-9 auction by RCB who have kept only Virat Kohli, on the strength of his stupendous form for India in the ongoing ODI series against New Zealand.

The surprise decision is that of Delhi Daredevils not retaining Gambhir, who scored back-to-back ODI hundreds against the Kiwis, and continue his partnership with Virender Sehwag who is the lone player to be retained by the two-time semi-finalists.

According to a spokesperson for Rajasthan Royals, who are fighting a legal battle against the BCCI for its decision to terminate its franchise agreement, leg spin legend Shane Warne and all rounder Shane Watson have been retained.

King’s XI Punjab on Wednesday sought an extension on Wednesday’s deadline for signing up marquee players but the Bombay High Court refused to entertain their plea.

IPL CEO Sundar Raman told that the T20 league can officially release a list of players who have been retained by their franchises only after midnight tonight as per the court order.

As per the IPL Governing Council decision of September 5 each player retention would reduce the salary cap as follows:

# Up to 4 players per franchise may be signed for retention of which only up to 3 shall be Indian Players. The Player must have been included in the franchise’s registered squad for the 2010 Season.

# The Franchise and Player must mutually agree to be retained and the Player Fee to be paid by the franchise to the player for the 2011 and 2012 seasons.

# Thus if a franchise retains and signs four players, its salary cap will be charged by USD 4.5m in each of 2011 and 2012 seasons and it will have only USD 4.5m remaining to pay as player fees for the remainder of its registered squad.

Meanwhile, Royal Challengers Sports Pvt Ltd which retained Kohli said the Delhi batsman has done well during the last edition of the IPL and his retention is a result of his consistency.

“I am delighted that Virat will be with the Royal Challengers team for the next two years. Besides being one of the most promising young players in India, Virat also has some very significant playing achievements to his credit,” Director Sidhartha Mallya said in a release.

“He is the first and fastest Indian in history to cross the milestone of scoring 1000 One Day International runs in just 24 innings. His consistency over the last few ODI innings is an indicator of the excellent form that he is in,” he added.

During the Champions League T20, Kohli played two successive crucial knocks against Mumbai Indians and Highveld Lions to help the team reach the semi-finals of the tournament. His strike-rate for the tournament was 156.94.

Kohli’s 224-run partnership with Gambhir to chase down Sri Lanka’s 316 in 2009 is the sixth highest for India in ODIs. It was also the 2nd highest 3rd wicket stance for India. He is only the third Indian player – after Sachin Tendulkar and Suresh Raina – to score two ODI centuries before turning 22.