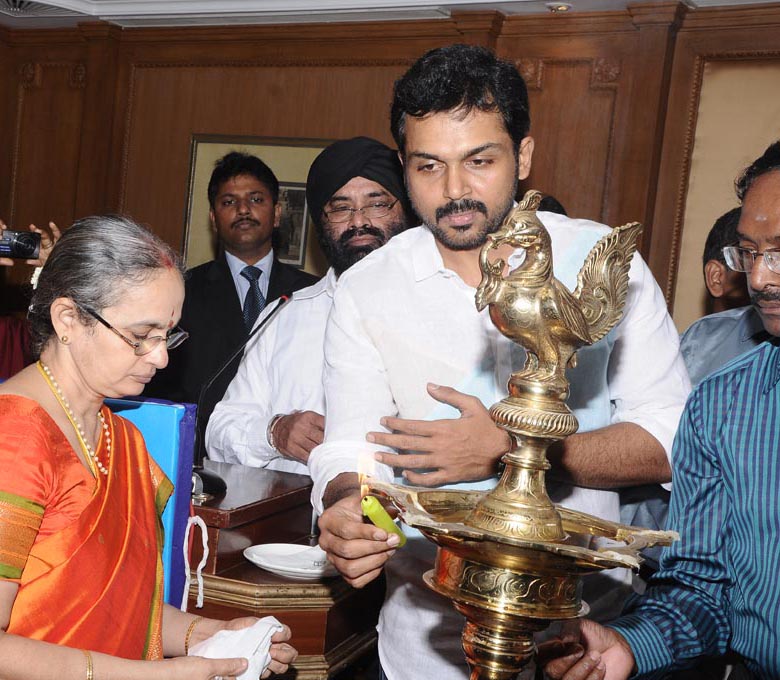 Karthi and Catherine Tresa are playing the lead roles in Attakathi director Pa. Ranjith’s second film, which was supposed to be titled as Kaali. Now the director clarifies that the film’s titled is yet to be finalized.

There were speculations in the media that stated, Karthi’s film is re-titled as Kabali or Madras instead of Kaali, which brought much confusion among fans and trade. Responding to it, Ranjith said to a leading newspaper: “We are still under discussion about the Title of the movie and is yet to be finalized. We will announce it officially soon.”

Karthi will be seen with three different facial hair-style in Kaali where he plays the role as a North Madras guy while Catherine is a local working woman in Madhurai. Santhosh Narayanan has composed five montage songs for Kaali. Makers are planning to launch Karthi’s Kaali audio by the end of April followed by May-end or June release.

Stick to the space for titled and release dates of Karthi, Ranjith and Catherine Tresa film…