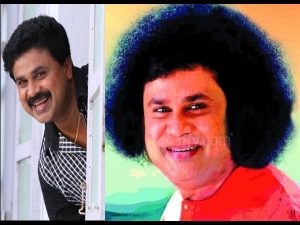 Janapriyanayakan Dileep is all set to share screen with the sensational actress Anushka Shetty. The duo is teaming up for a Telegu movie, which is said to be the biopic of Sathya Sai Baba. The movie, which has been titled as Baba Sathya Sai, will also have Malayali actor Sreejith Vijay in a pivotal role. Baba Sathya Sai is directed by the popular Telugu director Kodi Ramakrishna. As per the reports, Dileep is charging a whopping amount for playing the title character, Sathya Sai Baba in the movie. Anushka Shetty will essay the role of a Sai Baba devotee in the movie. It is an ambitious project for Dileep.

Anushka Shetty, who is one of the leading contemporary actresses of South Indian cinema, is sharing screen with a Malayali actor, for the first time in her career. The actress was earlier approached by some popular Malayalam production houses and film makers; but couldn’t make her Malayalam movie debut due to her tight schedule.