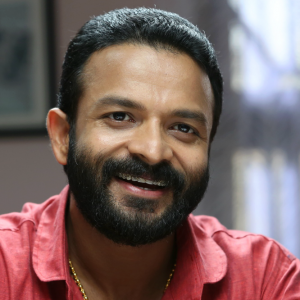 Jayasurya plays a very confident man in the movie who does not let his handicap hinder him in any way. He has a pronounced limp in the movie and will be seen wearing a caliper, but is someone who detests any kind of sympathy, He leads his life in his own terms and is happy about going about his business. The movie also has Prithviarj and Indrajith and is directed by Nadirsha.