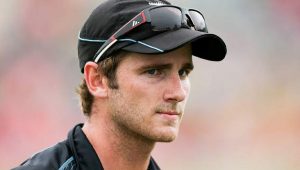 New Zealand captain Brendon McCullum is a among a clutch of World Cup stars omitted from the Black Caps’ squad named Thursday for next month’s limited-overs tour of Zimbabwe and South Africa. Pace spearheads Trent Boult (back injury) and Tim Southee (rested) will also miss the tour, along with all-rounder Corey Anderson (back injury).

With McCullum seizing the opportunity for a break after the World Cup this year and subsequent tour of England, coach Mike Hesson said Kane Williamson would fill in as captain. Hesson said the absence of big names should not prevent the Black Caps displaying the form that took them to the World Cup final, calling on other squad members to “step up”.

“Our focus is on continuing to produce strong team performances, rather than be distracted by the presence or absence of specific individuals,” he said.

The only new face in the squad is spinner Ish Sodhi, who will play in the Zimbabwe leg before being replaced by Doug Bracewell in South Africa. New Zealand will play three one-dayers and one Twenty20 in Zimbabwe before taking on South Africa in three one-dayers and two Twenty20s. The Proteas, having suffered an excruciating defeat to New Zealand in the World Cup semifinal in Auckland, will be looking to exact revenge for their dramatic loss.