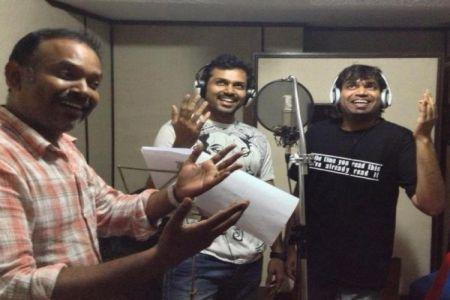 Actor Karthi who will be featuring in Venkat Prabhu’s next film, Biriyani, is likely to do more than just acting for the film. The actor was recently at Yuvan Shankar Raja’s studio to be a part of a composition and Venkat Prabhu has confirmed that he will indeed be singing a song. Karthi and Premji Amaren will be doing the song together, in what will be Yuvan’s 100th film soundtrack.

It is to be noted that Karthi has previously featured in a song in Paruthi Veeran. This time around, we will be seeing him having a lot more lines. Looks like he will be joining the likes of Vikram, Vijay, Simbu, Kamal and other leading actors who have lent their voices for songs in their films.