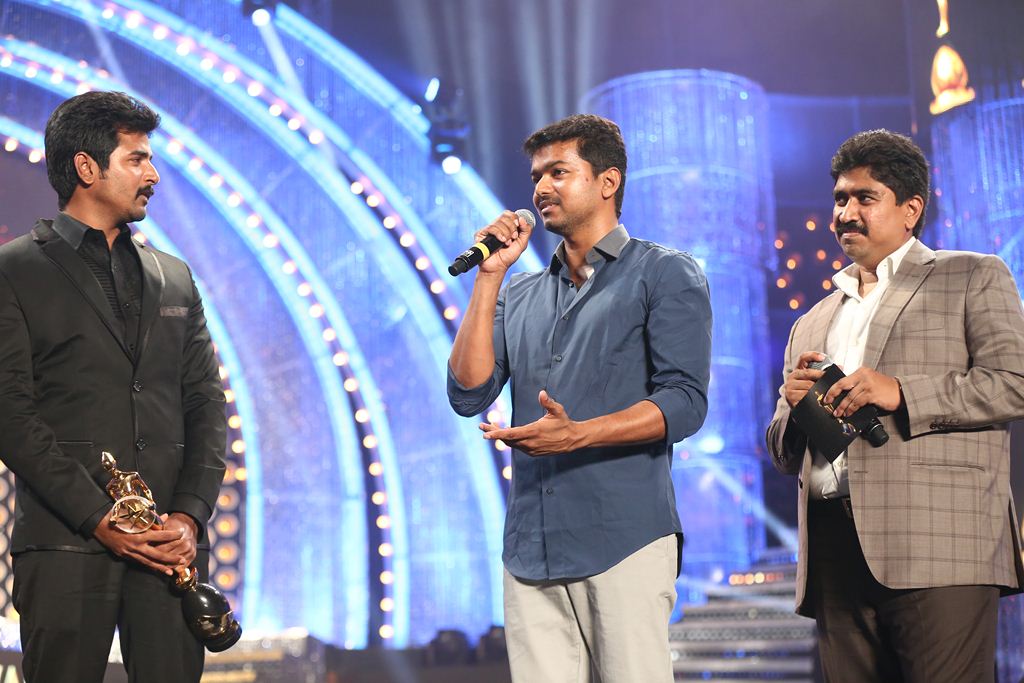 Kumudham’s recently concluded poll declared Vijay as the next superstar as per votes registered by the general populace. The result created tremors in the industry and a tug of war happened on social media between fans. Even Vijay clarified his stand through a moving speech in the VijayAwards function held few days back. Now, if sources are to be believed, the management of Kumudham is organizing a grand function to felicitate the Ilayathalapathy.

The function is scheduled on August 15th in Madurai and leading actors from the South Indian film industries are likely to grace the occasion, says a reliable source in the know. An official confirmation is awaited.