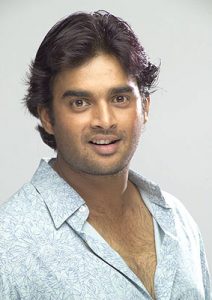 The latest Bollywood hit film Tanu weds Manu starring Madhavan and Kangana Ranaut in the lead will soon be made in Kollywood as per the latest reports. The film was declared as hit despite of receiving positive reviews. Many predicted that the combination of Madhavan and Kangana might not work but the film proved them as false impression by turning hit at the bow office.

Tanu weds Manu was made with an amount of Rs.17.5 crores and so far the world wide netted profit stand at Rs.38.50 crores. The efforts are in progress for making it in Tamil. Madhavan is going to reprise the role by him in Tamil while Trisha is in consideration to essay the role played by Kangana in the original version.

The duo Madhavan and Trisha were last seen in Lesa Lesa and again after 9 years both of them are seen in Manmadhan Ambu. If all is well we might have a chance to see them pairing in the remake.

However the official announcement is awaited.