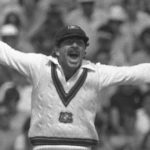 With the 40th anniversary of ODI cricket approaching, former Australia wicketkeeper Rodney Marsh recalls that he played the first-ever One-Day International played on 5 January, 1971 without a sense of being a part of history.

The first-ever One-Day International was played at the Melbourne Cricket Ground (MCG) and was staged because rain had washed out a Test between England and Australia.

Australia won the game by five wickets and Marsh played a part by claiming the catch of the great Colin Cowdrey.

‘The thing I remember most is that we won the game and it was no big deal as it was an exhibition game as the Test was washed out. There was no sense of history making,” said Marsh, speaking as the ICC launched a public vote on www.icc-cricket.com for the greatest odi match and team of all time.

ODI cricket grew gradually in popularity in the 1970s and Marsh saw the growth of the format from close quarters in that era.

The first-ever ICC Cricket World Cup in 1975 just added to the popularity of the format with Australia and West Indies playing out a classic title round clash.

But Marsh believes that the format really took off after the advent of World Series Cricket (WSC) in 1978.

“From a playing perspective I don’t think it became much sought after throughout my career. The public probably got to know it well after the first World Cup but it really took off during and after WSC,” reckoned Marsh.

The introduction of coloured clothing, white ball and cricket at night through WSC added a new dimension to the format.

“The coloured clothing etc changed the demograhics of the spectator audience. It introduced more young people and more women to the crowds. It became a social event,” said Marsh.

The format now is immensely popular with the crowds turning up in huge numbers to watch every game. Marsh believes this has been only good for the game.

“At times the crowds have been unbelievable which is good for the entire game,” added Marsh.

Over the years the format has seen a number of additions in terms of playing conditions. The introduction of 20 overs of power play added to the excitement of the format with restrictions on number of players allowed to field outside the 30 yard circle.

Marsh believes all this has helped in the growth of the format.

“Teams will always try something new for example Sri Lanka blasting away in the first 15 overs (in ICC Cricket World Cup 1996) changed the way the game was played. Power plays being introduced for a few periods of play, run a ball cricket has helped too. In general one-day cricket can be credited with improving fielding standards and running between the wickets,” said Marsh.

The former Australia wicketkeeper picked South Africa’s mammoth chase of Australia’s score of 434 in 2005-06 at Johannesburg as the best ODI game of all time.

But Marsh found it difficult to pick his all time great ODI team. “All I know is Adam Gilchrist would be in my side,” concluded Marsh.