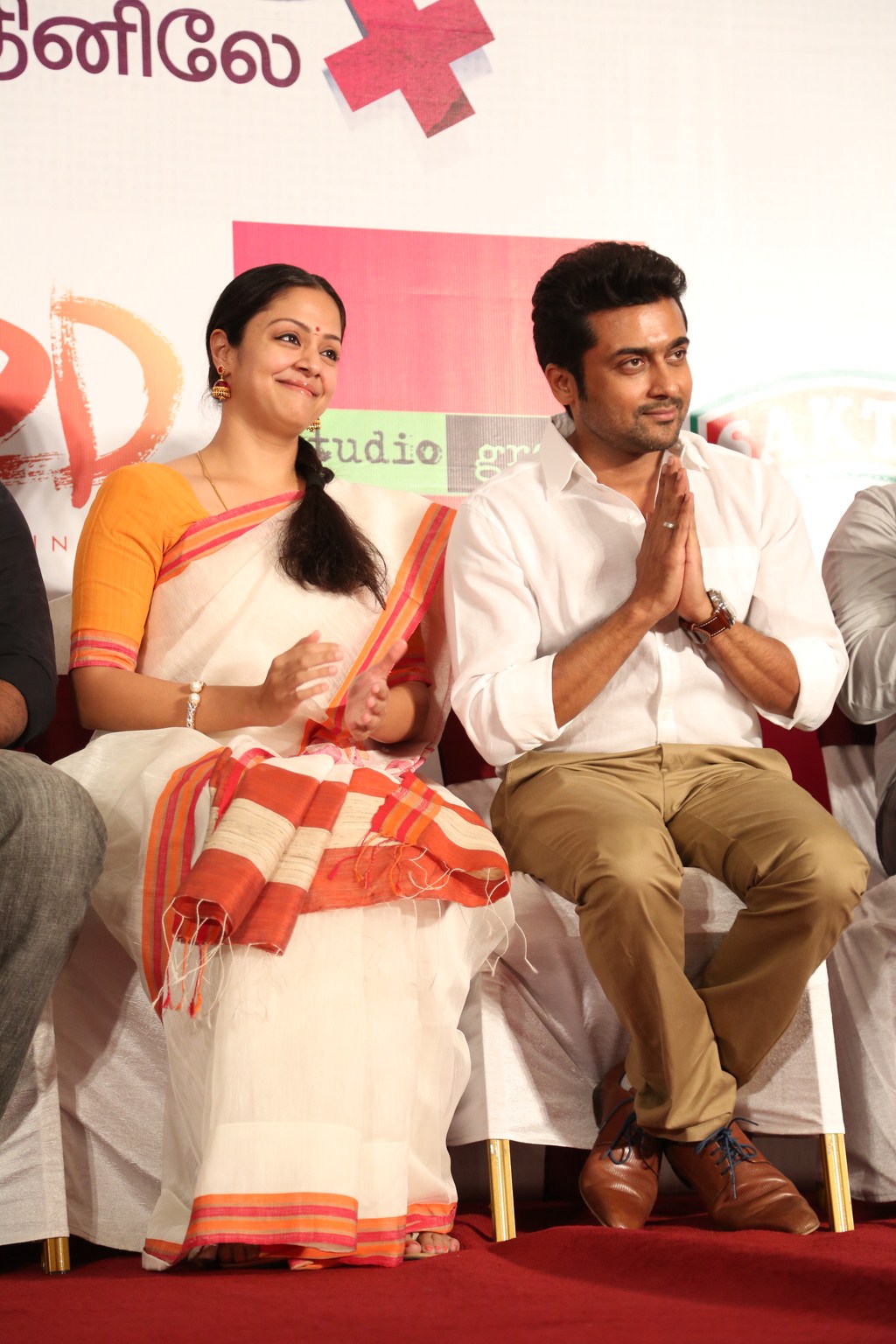 Suriya says he may act alongside his actress-wife Jyotika in a Tamil project next year. The duo has been reading scripts over the last few months for their comeback on screen.

“Talks are on. We are listening to scripts and if everything goes as planned, we may act together next year,” Suriya said at the success meet of Jyotika’s comeback film “36 Vayadhinile”.

He is extremely elated with the response to “36 Vayadhinile”, which is also his maiden production venture.

“The response has been phenomenal. Jo (Jyotika) has been getting so many calls ever since the film released. The film has also done well at the box office and we’re thankful to everybody,” he said.

“My parents said Jo is a better actor than me and that only makes me proud. With this film, I think she has proved it,” Suriya added.

“36 Vayadhinile”, which was directed by Rosshan Andrrews, has raked in over Rs.10 crore in over two weeks since its release.