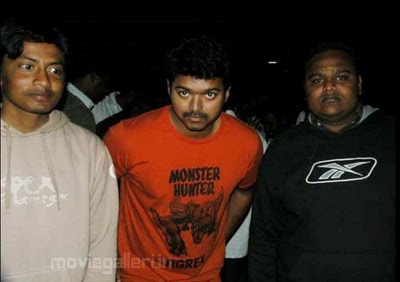 Kothandapani studio which belongs to SP Balasubramaniam has been sold out to Gemini labs. Now, Gemini labs are in plans of constructing a posh shopping mall over there. Until here it is ok but this sell out has thrown a pressure on Nanban team which is filming in this studio.

The shoot of the film is going on in this location and in fact there is still some work pending to be completed like dubbing and other technical work. The team has been given deadline to finish their work and the team is working on a brisk pace than ever. This has put an extra pressure on the team. Jeeva has finished his part of shoot for the film and is all happy the way the film has shaped up.

Nanban has wrapped up majority of the shoot and is gearing up for its release for the festival of lights Diwali. The album has five songs in total and Harris Jayraj has completed composing three songs while the rest two songs will be wrapped soon