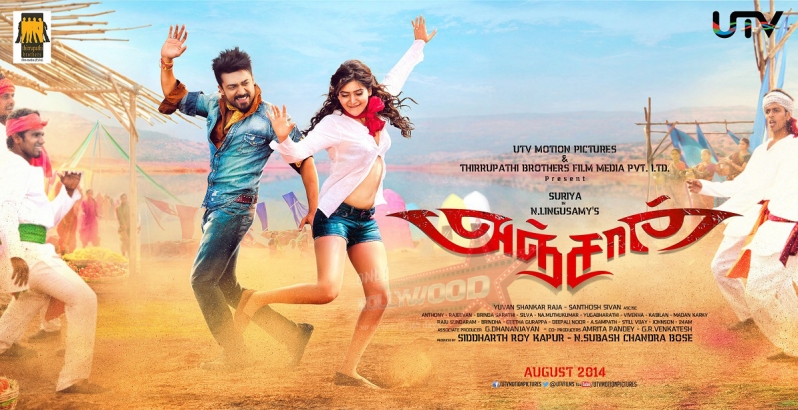 Suriya’s Anjaan US theatrical rights are snapped by Narmadha Media One, one of the oldest film distribution house in USA is back with a bang.

The Anjaan distributors have released a press statement announcing their collaboration with director Lingusamy’s Thirupathi Brothers and UTV, the producers of Anjaan.

They also said that Anjaan is a stylish action thriller. Anjaan trailer is upbeat and has a promising team including Suriya in a dual role and Samantha as the female lead while Bollywood actors Manoj Bajpai, Vidyut Jamwal, Rajpal Yadav and Dalip Tahil play supporting roles.