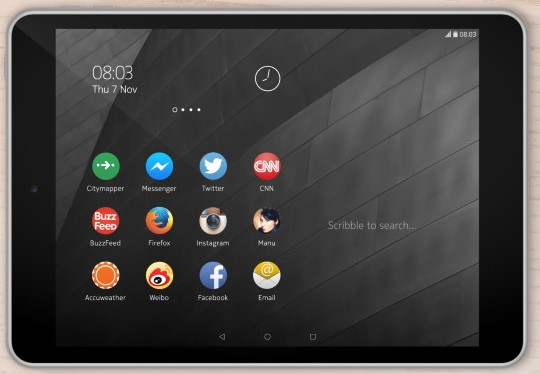 Nokia announced the Nokia N1, what the company is calling the “first Nokia-branded Android tablet.” The tablet will be launched in China in Q1 2015 with a brand-licensing agreement extending to an OEM partner (Foxconn) that will manufacture, distribute, and sell it.

With the launch of the Nokia N1 tablet, the company neatly bypasses the restrictions imposed by the Microsoft deal – for those unaware, after the acquisition of Nokia’s devices and services division by Microsoft in April, the Finnish company can no longer use the Nokia brand on smartphones till Q4 2016, and on feature phones for 10 years.

After the Microsoft sale Nokia was left with its core network equipment and services business plus its smaller Here mapping and navigation unit and Nokia Technologies, which manages the licensing of its portfolio of patents and develops new products such as the N1 and the Z Launcher.

Sebastian Nystrom, Head of Products at Nokia Technologies, who announced the Nokia N1 at the Slush technology conference in Helsinki, said, “We are pleased to bring the Nokia brand back into consumers’ hands with the N1 Android tablet, and to help make sophisticated technologies simple. The N1 has a delightfully intuitive interface and an industrial design to match it. This is a great product for Nokia fans and everyone who has not found the right Android tablet yet.”