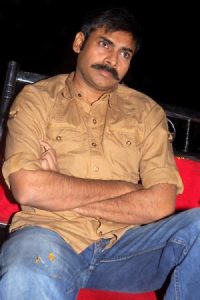 Powerstar Pawan Kalyan’s next project with director Vishnu Vardhan is all set to go on floors from March first week. Being produced by both Arka Media banner and Sangha Mitra Arts by Shobu Yarlagadda and Tiumalsetti Neelima.

Music maestro Ilayaraja’s son Yuvan Shankar Raja will compose music for this prestigious project. P S Vinod will handle camera and Ravi Abburi is the writer for the flick.

Sources say an A league heroine is likely to be heroine for this film which will have two heroines. Pawan Kalyan is currently on a movie signing spree. Apart from this movie, Pawan’s movie on Jesus Christ, a Jayant Paranji film and Dabangg remake with Harish Shankar as director will all release this year.