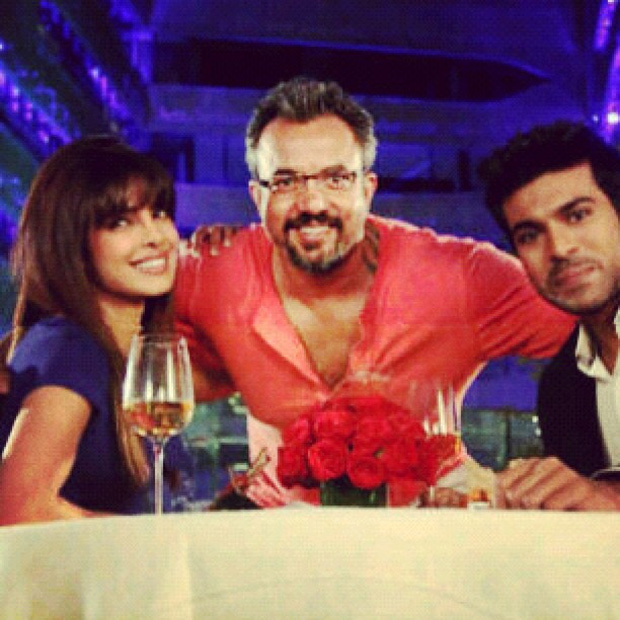 The onscreen chemistry between Ram Charan and Priyanka Chopra in the “Zanjeer” remake is surprisingly refreshing, says filmmaker Apoorva Lakhia.

“The chemistry of Priyanka and Ram Charan Teja is looking 2,000 times better than what I had expected. They both are looking surprisingly refreshing onscreen,” Lakhia said.

The movie is the remake of the 1973 film of the same name.

Priyanka joined the cast and crew for the film’s second schedule in Hyderabad.

Lakhia said: “It was superb shooting in Hyderabad. We finished the second schedule at a stretch. The film has shaped up very well… that’s all I can say as a director.”