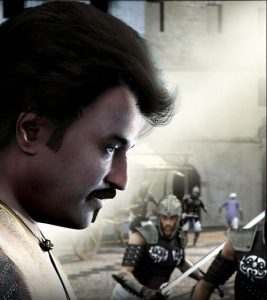 Rajinikanth is making himself fit to the best for the three roles he will be playing in ‘Raana’. Being a historical film, one of the roles requires the super star to do sword fighting and to make it look faultless, Rajinikanth is said to be taking classes on sword fighting to perfect the art.

The super star was last seen sword fighting in the film ‘Alavudeenum Arputha Vilakkum’ and then something close to that in ‘Adutha Varisu’. His opponent in the first was Kamal Haasan and in the second CL Anandan, who was a known expert in the art.

The mega film ‘Raana’ will begin in April with its first schedule happening in London. Deepika Padukone and Rekha have been finalized for two heroine roles. Official announcement on other cast and crew is expected any moment from now.