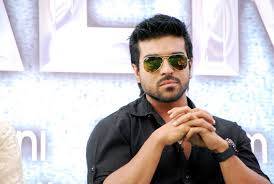 Mega Power Star Ram Charan and Krishnavamsi combo movie shoot is taking place in Kanyakumari currently and the schedule will be shot till end March. With this, the major portions of talkie part will be canned.

Next to this schedule, the unit members will head to Europe for filming the songs and scenes on the lead actors of the movie. Ram Charan is pairing up with Kajal Agarwal in the film and Srikanth, Kamalinee Mukherjee are doing other lead roles while Kollywood actor Raj Kiran is playing prominent role.

Bandla Ganesh is producing this family entertainer on Parameswara Art Productions banner. Thaman is the music director of the film. Ram Charan, Krishna Vamsi’s movie is yet-to-be titled while the first look will be released in March.