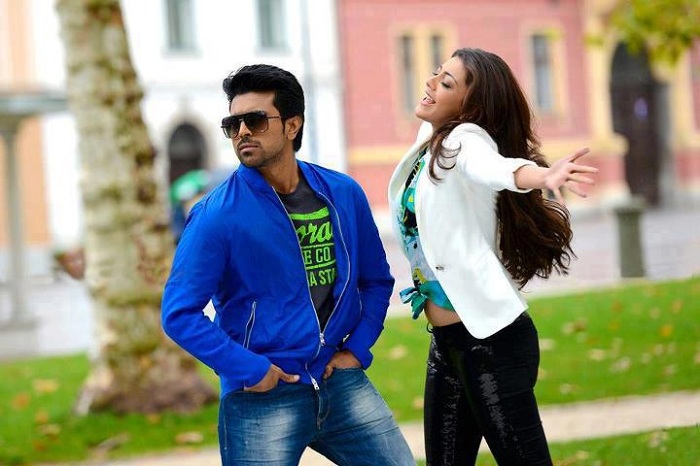 Ram Charan and actress Kajal Agarwal are shaking leg for a mass song for their forthcoming film in a special set erected in Saradhi Studios, Hyderabad. Thaman has composed the rocking mass tune for the song.

Kajal Agarwal and Amala Paul are playing the female leads in this mass commercial entertainer being directed by VV Vinayak and produced by DVV Danayya under Universal Media banner. Nayak audio is expected to be launched on November 25 and Chiranjeevi’s super hit ‘Subalekha Raasukunna’ has been remixed in the movie and the song shot on Ram Charan, Amala Paul in the picturesque foreign locales is going to be one of the highlights of Nayak.