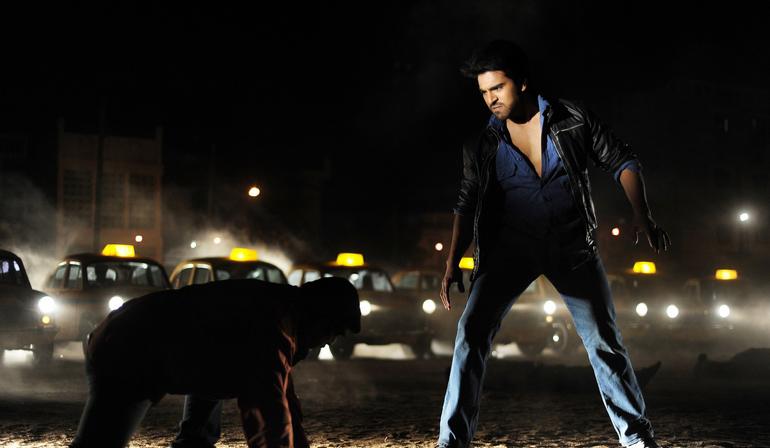 Mega Power Star Ram Charan’s upcoming action entertainer Nayak audio is scheduled for a launch on December 2 at Shilpakala Vedika, Hyderabad. Thaman has provided the tunes for the film. Meanwhile, the teaser trailer of Nayak will be unveiled for Diwali.

If the buzz is to be believed Mega Star Chiranjeevi and Power Star Pawan Kalyan are expected to grace the music launch. VV Vinayak is wielding the megaphone for the film and DVV Danayya is producing the film under Universal Media banner. Ram Charan is pairing up with Kajal Agarwal and Amala Paul in the film. Chota K Naidu is the cinematographer.

Nayak has wrapped up the major part of the shooting and is gearing up for a grand scale release in January second week.