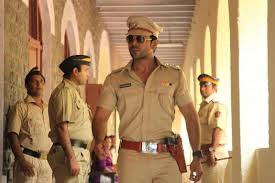 Here is the latest buzz making rounds that Ram Charan’s debut film in Bollywood Zanjeer, which is simultaneously being made in Telugu version will be titled as Merupu. Ram Charan is hoping to title the film as Merupu as it’s powerful one to reach the masses.

It is known that Ram Charan’s film in Dharani direction was titled Merupu which was shelved later due to budget constraints. And now, the Telugu version of Apoorva Lakhia directed Zanjeer casting Ram Charan and Priyanka Chopra is likely to be titled Merupu though an official confirmation is yet to be made.