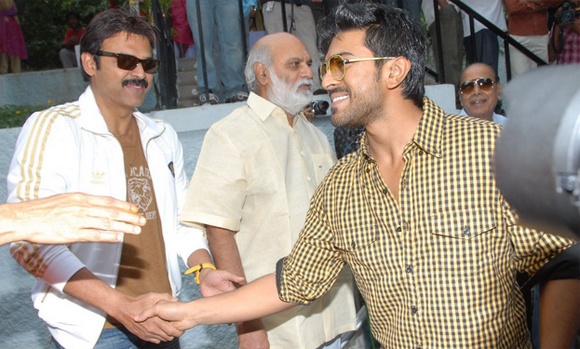 Mega Power Star Ram Charan and Victory Venkatesh are set to team up for a movie in Krishna Vamsi direction and the latest news is the film is set for a launch on Dussera on a grand scale.

Ram Charan will be seen in a distinct and slim look in the film and the Mega Power Star has been working on his new look by undergoing training. The script work is readied and the regular shoot will begin in November. Kajal is expected to play the leading lady alongside Ram Charan.

Bandla Ganesh will produce the film on the banner of Parameswara Arts production banner. Other details of the cast and crew of the film are to be announced by the makers.