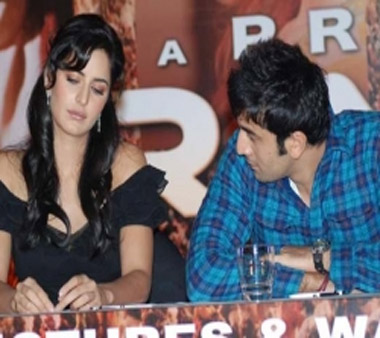 Ranbir Kapoor recently turned 31 years old and claimed that he would be treating his birthday as any other normal day as he is busy promoting his upcoming movie, Besharam. But according to media reports, the dashing actor had spend the day with his special lady, Katrina Kaif, in a very secretive manner. Ranbir is quite miffed with the media due to the recent controversy regarding the photos which were leaked during Ranbir-Katrina Spain holiday. But on the occasion his birthday, the actor had apparently requested the makers of Besharam to give him a day off from the promotional activities.

He was very careful to hide the fact that he was going to spend the day with his rumoured ladylove and took all the precautions he could. But in our celebrity obsessed nation, it is almost impossible for the stars to keep their personal life under wrap. According to sources, Ranbir and Katrina stayed in a South Mumbai Hotel for the whole night. On the next day, while Ranbir went to promote Besharam, the 30 year old actress waited for him at his bungalow, Krishna Raj. When the promotions were over, he came back and they had a sleepover at his bungalow. Ranbir’s parents Rishi and Neetu Kapoor are currently not in India. Click here to view images of Katrina Kaif. Ranbir’s upcoming movie Besharam- which also stars Pallavi Sharda, Neetu Singh and Rishi Kapoor – is slated to hit the theatres on October 2. The actor is playing the role of a thief in the film and it is going to be the biggest release of bollywood with 3600 screens. Go through the slide to see images of Ranbir and Katrina together.