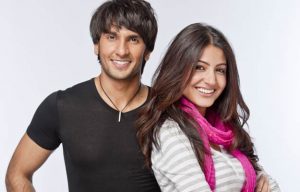 Ladies VS Ricky Bahl started its shooting day before yesterday in the Capital. The film which is repeating the same team that worked in Band Baaja Baaraat [BBB] was seen shooting sequences with Ranveer Singh and her first con in the form of Parineeti Chopra, a former Yashraj employee and cousin of actress Priyanka Chopra.

Ranveer was clicked having a chat with Parineeti in one of the scenes before he takes her for a ride. Wearing a cool outfit with a headband Ranveer did looked like he is in the mood to con, while on the other hand Parineeti was seen in a casual jeans and a sleeve.

Ranveer’s character is a of a play boy in the film. He cons girls for a living and makes money out of them. He finally falls for Anushka Sharma before he cons two other ladies, Dipannita Sharma and Aditi Sharma apart from Parineeti.

Conversely, Anushka Sharma rubbished rumors of Ladies Vs Ricky Bahl being a copy of Hollywood flick “John Tucker Must Die”.

Ladies VS Ricky Bahl is slated for a December release coinciding with the maker’s sentiment of BBB’s release last year.

Hopefully this film too clicks at the BO as who can forget the freshness that they bought with BBB last year.