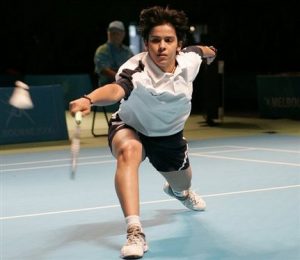 In its final qualifying list, the Badminton World Federation (BWF) confirmed that Saina has withdrawn from the event which will see participation from the season’s top eight players.

After winning the Hong Kong Super Series earlier this month, Saina had pulled out of the India Grand Prix in her home town in Hyderabad at the last minute due the injury.

She sustained the injury during her final against Shixian Wang in Hong Kong Super Series.

Saina, who climbed two places after her Hong Kong victory, has fallen two places this week after missing the tournament. She is currently World No.4.

Saina has been in terrific form this season and won three Super Series tournaments, besides winning the Commonwealth Games gold.