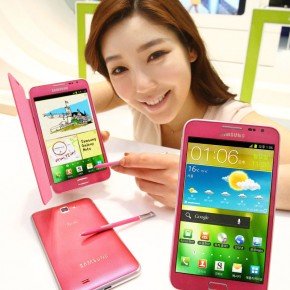 The Samsung Galaxy Note 3 will launch in black, white and pink, according to sources.

According to SamMobile, the colours will have staggered launches, with the black and white versions launching in week 36 (September 2 to September 8), and the pink version hitting shelves in week 43 (October 21 to October 27).

The Samsung Galaxy Note 3 is due to be announced at a Samsung Unpacked event on September 4 just before IFA in Berlin, so it could be the device will be hitting the shelves in the same week.

The processor is tipped to be either the quad-core Snapdragon 800 processor or octa-core Exynos processor depending on region, and it will include 3GB RAM, 32GB internal storage with a microSD card slot.

For multimedia, there’s a 13-megapixel camera and a 3200mAh battery powers the phablet.