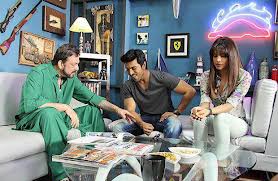 After listening to the news that Sanjay Dutt’s jail term as ordered by Supreme Court, everyone felt that Ram Charan bollywood debut venture “Zanjeer” has fell into trouble because Sanjay Dutt is playing an very prominent role in this film. But reacting to this judgment of Supreme Court, producer of “ Zanjeer” Amit Mehra confirmed that there is no threat for “Zanjeer” due to the absence of Sanjay Dutt. He stated that, “We have completed shooting of Sanjay’s part in “Zanjeer”. The shooting of this film is almost completed except some patchworks are going on. There is no need to worry about his presence for post-production and other formalities”. Sanjay Dutt is playing the role of Sher Khan that holds a key for the movie’s story progression. This film trailers are going release within a week. So, no tension for Mega fans we can expect this high expected bollywood venture of Mega Hero soon.