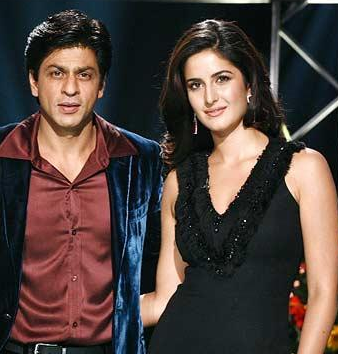 Noted filmmaker Yash Chopra who turns 80 on September 27 plans to celebrate it in a grand way. According to reports a huge bash is being organised where the filmmaker will be launching the first theatrical promo of his yet untitled film along with its title.

Mr Chopra, who returns to direction after a gap of eight years, also completes 50 years in the industry this year. The source says: “Yashji will be launching the theatrical and the title of his much-talked about film. His banner Yash Raj Films has also entered its fortieth year. His first film Daag released in 1973. Although Yash Chopra does not believe in throwing parties and stuff, this time around they are planning to have a lavish party.”

The source further added: “After the current Ladakh schedule, the promo will be ready and Aditya Chopra is taking special care to make this film the biggest film of Yashji’s career. Although the name of the film has been finalised as Yeh Kahan Aa Gaye Hum, Yashji, Aditya Chopra and SRK are still considering other names.”

The official spokesperson from the production house says, “It will be a great day for us to launch the promo as it fits in perfectly with our promotional timeline. However, since the film is still being shot, we aren’t able to confirm this right now.”