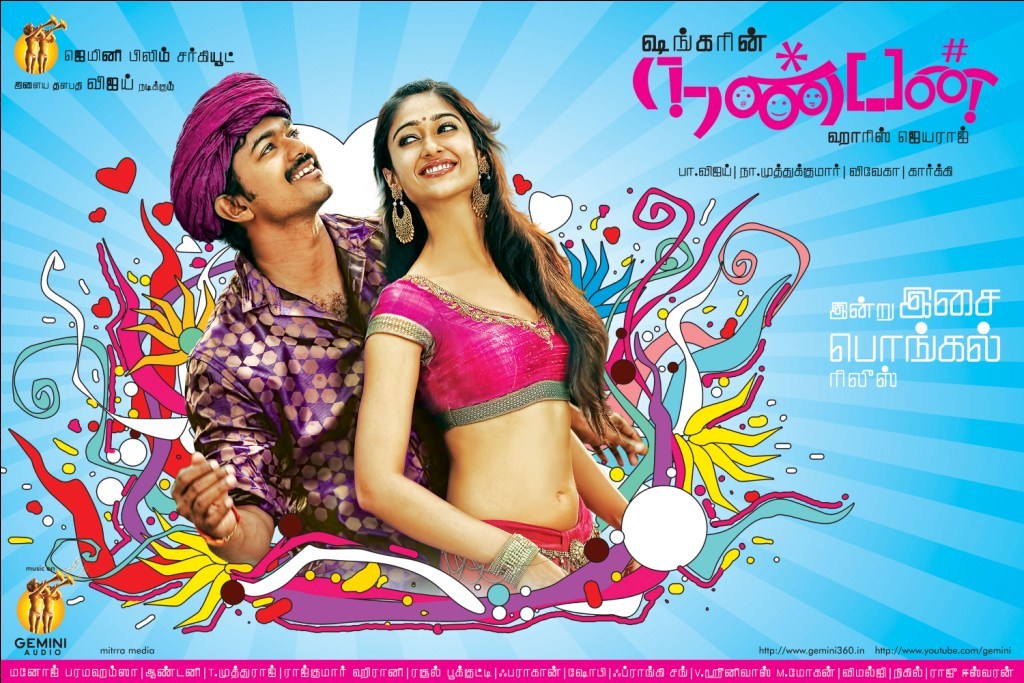 Gemini Industries and Imaging has announced that probably for the first time in south India and may be in India an entire film post production has been done in true 4K digital resolution and set a sort of standard in the industry.

The much anticipated Pongal release Nanban, was scanned on state of the art ARRI film scanner at 4K, the Digital grading DI process was done on uncompressed 4k real-time on Quantel Pablo DI (Digital Intermediate) system, the same system that was used in the Hollywood blockbuster 3D stereoscopy film Avatar.

The computer graphics was done by Gemini FX on 4k and finally the images were recorded using the Oscar winning ARRI laser 2 film recorder.