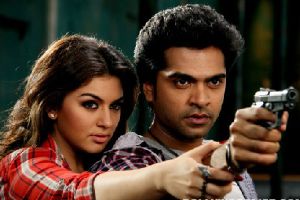 Tamil actor STR and actress Hansika have confirmed that they are seeing each other. They have officially revealed on their micro-blogging page.

There have been several rumors regarding the duo in web media from quite few days and gossipmongers are abuzz that the duo set to tie the knot.

Now, both the actors have confirmed their relationship openly on the micro-blogging page.

And immediately STR has also tweeted, “Yes I’m am with hansika and right now she is doing really good and marriage will b decided by our family … Hope u will respect our privacy.”

Well, the wedding seems to be on cards soon… Join us to congratulate Silambarasan and Hansika, the new couple in the tinsel town.