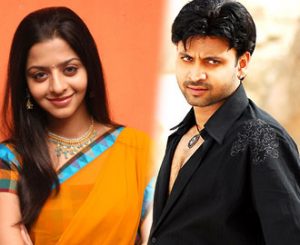 Earlier reported that Sumanth has given his nod to director Ravi Chavali and J Samba Siva Rao is producing it on the banner. Now, the latest news is the film has been launched today with a formal pooja. Vedika is pairing up with Sumanth in the movie.

Producer of the film informed that the movie will become a milestone in Sumanth’s career and the film has a distinct story. The regular shoot of the film will start today and will be wrapped up in a single schedule.