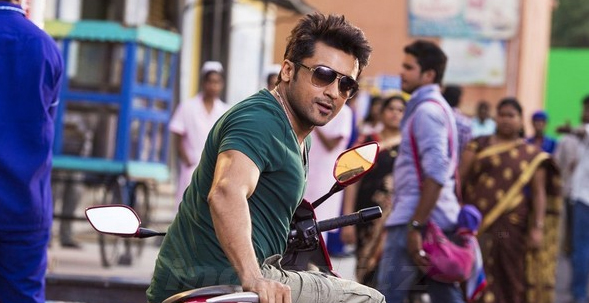 Suriya’s Nayantara, Pranita Subhash starred Masss is gearing up for a grand release this Friday and the makers are tirelessly promoting the movie.

Starting with Kerala on Sunday, Suriya has met the fans and press in Cochi yesterday. Happy Suriya Tweeted, “Sooo much love!! Thank you Cochin”, sharing a picture.

Directed by Venkat Prabhu under Studio Green banner, Masss has cleared censors with clean U certificate and is eligible for 30% Entertainment Tax exemption, which also needs to have a Tamil title.

Makers of this Yuvan Musical apparently met the committee with new title “Massu Engira Maasilamani”. Viewers have to wait a little to know the decision of the committee.

According to theater owners, KE Gnanvelraja produced Masss advance and online ticket bookings will start from Wednesday, two days before release on May 29.