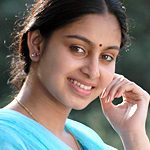 Latest buzz in the tinsel town is that Naadodigal fame Abhinaya has paired Suriya in 7am Arivu. Yes, don’t get confused, Abhinaya has shared the screen space with Suriya in the flashback while Shruti Haasan will be seen as the main lead pair.

The director of the film AR Murugadoss has instructed the team not to reveal this secret until the film releases but somehow it has been revealed through some media sources.