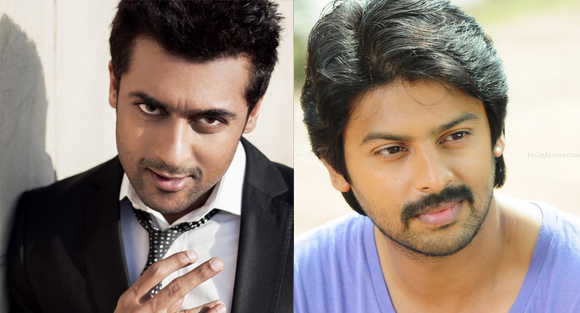 The audio of Srikanth, Sunaina and Santhanam starrer ‘Nambiar’ is set to be launched tomorrow (July 9) at Devi Theatre, while star actor Suriya will be attending the event as the chief guest. Ganesh, a former associate of SS Rajamouli is debuting as director with Nambiar which has music by Vijay Antony.

The film is touted to be a sci-fi comedy with lots of twists and turns. The film produced by Srikanth’s home production Golden Friday Films is named after the veteran actor M. N. Nambiar who was famous for his villainous roles in many MGR films!