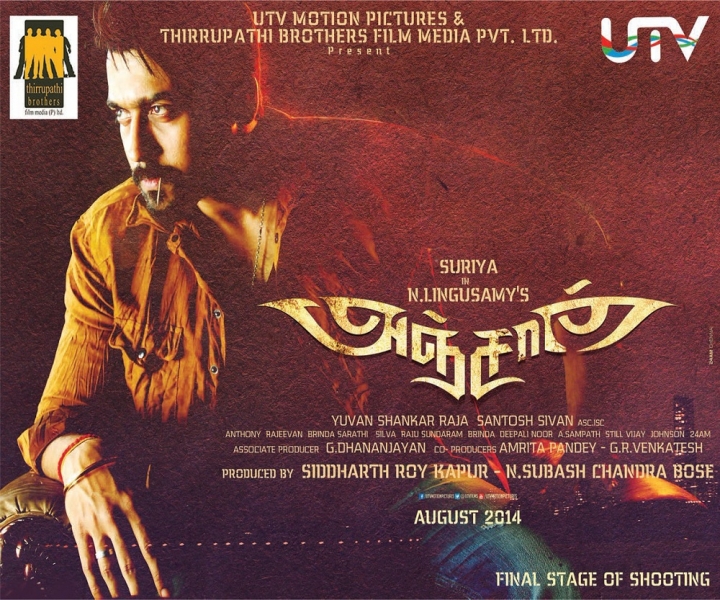 Suriya and Samantha starring Anjaan is in final stages of shooting and the filmmaker Lingusamy is filming some important fight sequences with Suriya on the last of shoot that falls on Saturday.

Sources close to the unit claimed: “Today will be the last day of Anjaan shooting in Mumbai Fort area with Suriya and some fighters. Film now poised for Aug 15 release.”

Makers of Anjaan have ample time for the post-production works and the censor formalities. Hence, Suriya’s Anjaan is expected to hit the screens on Independence Day as planned earlier.