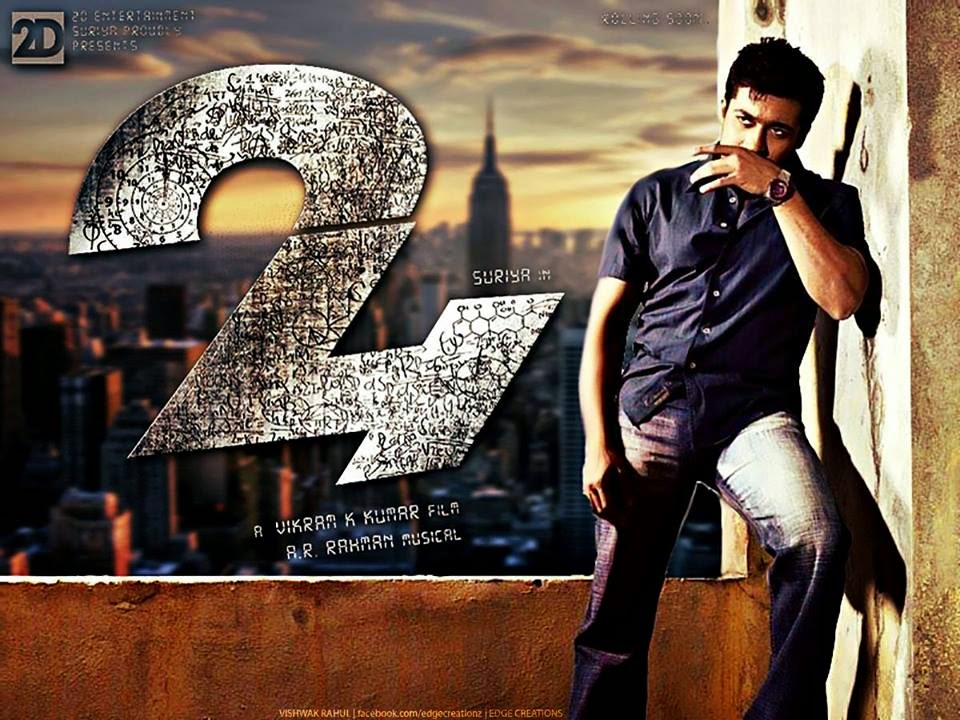 Suriya kick started shooting of his next film in Mumbai [April 9]. Titled as 24, Vikram K Kumar will be directing this Suriya starrer.

Suriya will once again romance his Anjaan actress Samantha in this sci-fi film. Film 24 team is expected to shoot for one month schedule in the city before heading to other locations.

24 will be Suriya’s third production film under his 2D Entertainments banner, after Jyothika’s 36 Vayadhinile and Pandiraj directing Haiku. Double Oscar-winning composer AR Rahman is in charge of music for “24”.