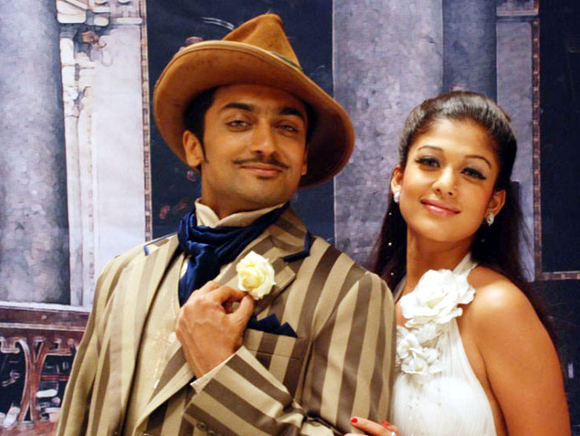 Suriya has signed up a new film with director Venkat Prabhu and the project is expected to kick-start shoot soon while the formal pooja ceremony has been held on Tamil New Year day.

The latest news is Nayanatra is being considered for the leading lady role alongside Suriya in the movie. Though there has been buzz that Shruthi Haasan was considered, the latest we hear is Nayan is also in consideration for the female lead role. However, an official announcement on the lead lady is awaited.

It is worth mentioning that Suriya and Nayanatara had already shared screen in Ghajini and Aadhavan films earlier. The yet-to-be titled movie will have cinematography by RD Rajasekar and music by Yuvan Shankar Raja. Praveen will handle the editing.