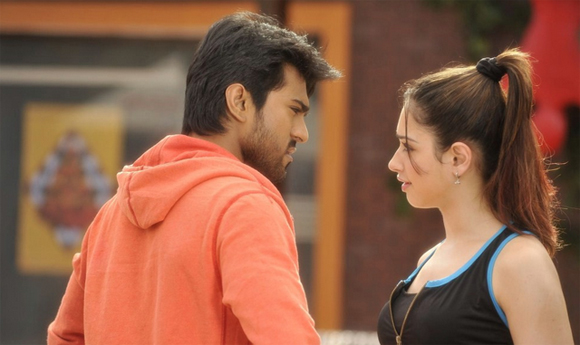 Ram Charan has signed up a film with Creative director Krishna Vamsi, which will be produced by Ganesh Babu on Parameswara Arts production banner.

The filmmakers are scouting for lead ladies from some time and the latest buzz is Tamanna is being considered for the leading lady role. However, nothing has been confirmed and an official announcement is awaited.

Ram Charan and Tamanna have earlier paired up in Racha film that was a super hit at the Box-office. The film is touted to be a family entertainer and this is the first time Ram Charan is teaming up with Krishna Vamsi.